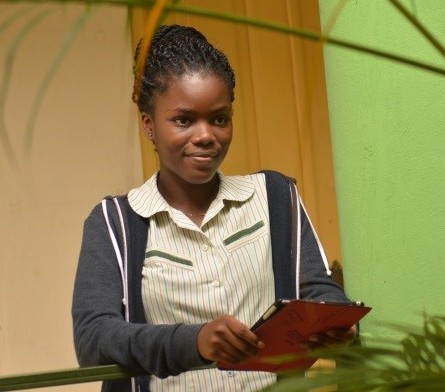 It’s been 13 great years; 13 years of Merits and Distinctions

Mr & Mrs Adjavon, You are the change we wish to see in the world.

Without YOU how were we supposed to get here so fast?

How were we supposed to know that we wanted to become the next world changers?

How were we supposed to know that we wanted to make a difference?

You have taught us in your ways what it means to be scholastic and still have fun,

And most of all how to be proud in ourselves in whatever we do, in a positive way of course.

The number 13 connotes so many things and so many achievements that would’ve taken forever. However you managed to do in a heartbeat;

13 is the number of competing nations that were involved in the second modern Olympic Games held in Paris;

13 is the number of years it took Russia to build the Trans – Siberian Railway; yet

13 is the number of years of great excellence you’ve brought us.

M being the Motivation you’ve procured us;

M being how Magnanimous you’ve made us;

M being how Majestic you’ve groomed us;

M being the 13th letter of the alphabet.

All you need is a torch and a crown to be the next Statue of Liberty,

Because you have brought us freedom in Academic Excellence.