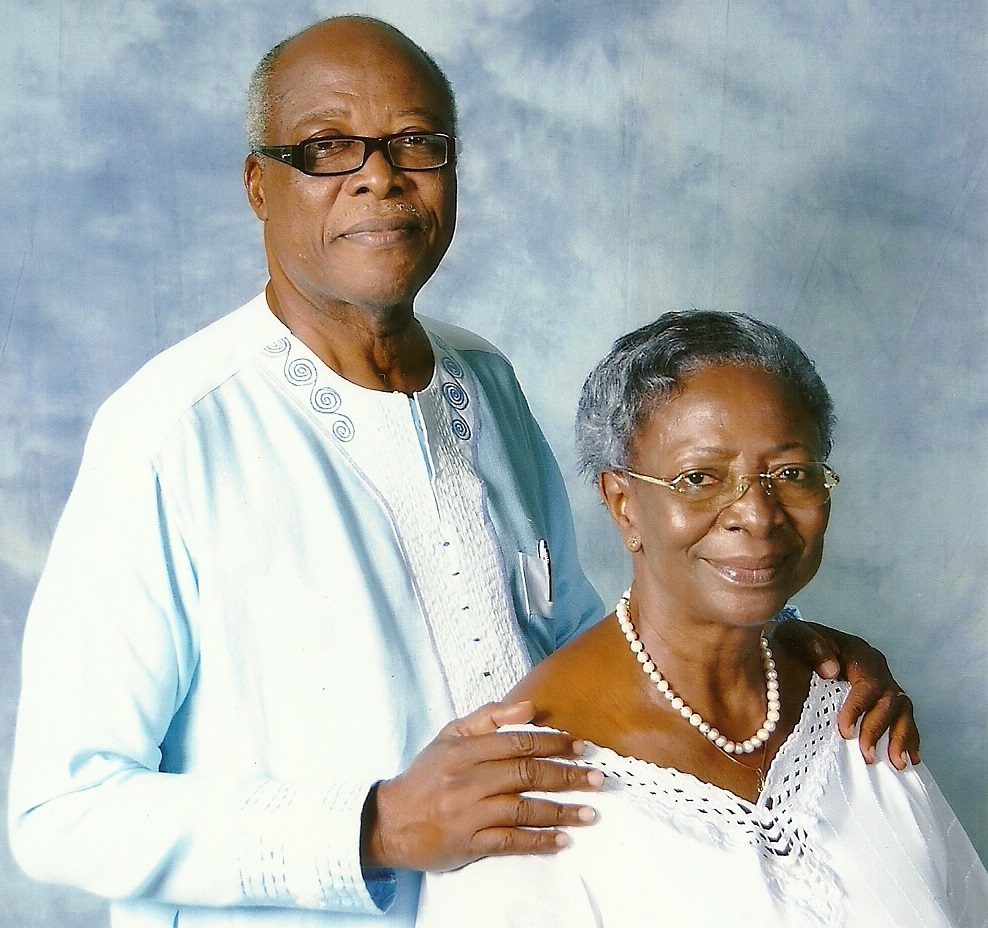 Mrs. Comfort Adjavon, the progenitor of TIS, began to nurse the dream to establish a private coeducational institution over 35 years ago when she was a Principal Superintendent in the Ghana Education Service (GES). This dream was, however, shelved when she ventured into poultry and livestock farming, after she had voluntarily retired from the GES, at the age of 45 years.

13 years into farming, her first love which is teaching and the school environment came back to compete with her new found vocation of farming. Farming lost!

The rebirth of the love for the school environment was given a stronger impetus when, as faith would have it, her granddaughter, Sonia’s medical challenges did not allow her to be properly integrated into the normal school system, despite her determination to do so.

This situation gave vent to Comfort’s initial dream of establishing a school within the national system, which could fully cater for the first cycle educational needs of her granddaughter. Acting upon the encouragement and support of her husband, the late Mr. Alphonse Adjavon, the late daughter Catherine and friends, she penned the plan for an adequately equipped school for children.

At that time, Mr and Mrs Adjavon had sent one of their daughters to the British School of Lome (BSL), an international school in Togo, and were inspired by the progress they saw in her, from the exposure to the International General Certificate of Secondary Education (IGCSE) and the International Baccalaureate (IB) Diploma Programme. It goes without saying that, the couple’s relationship with BSL had a great impact on the TIS dream directing the focus to rather establish an international school of repute.

After further consultations and counsel from experts in academia, such as Professor James Tooley of Newcastle University and Dr. Mrs. Margaret Nkrumah (the then-Principal of SOSHGIC) the couple was convinced that the IGCSE and IB Diploma Programmes would support their vision of producing world-class citizens who could hold their own, wherever they found themselves. This culminated in the birth of the Tema International School (TIS).  It was at this time that Mr Adjavon gave an astronomic boost to the infrastructure, pushing the school’s boundaries and erecting gigantic structures bearing the true semblance of an international school.

On the 3 October, 2003, Tema International School was officially opened; the dream had finally been realized!

Acquisition of Land and Construction of Structures 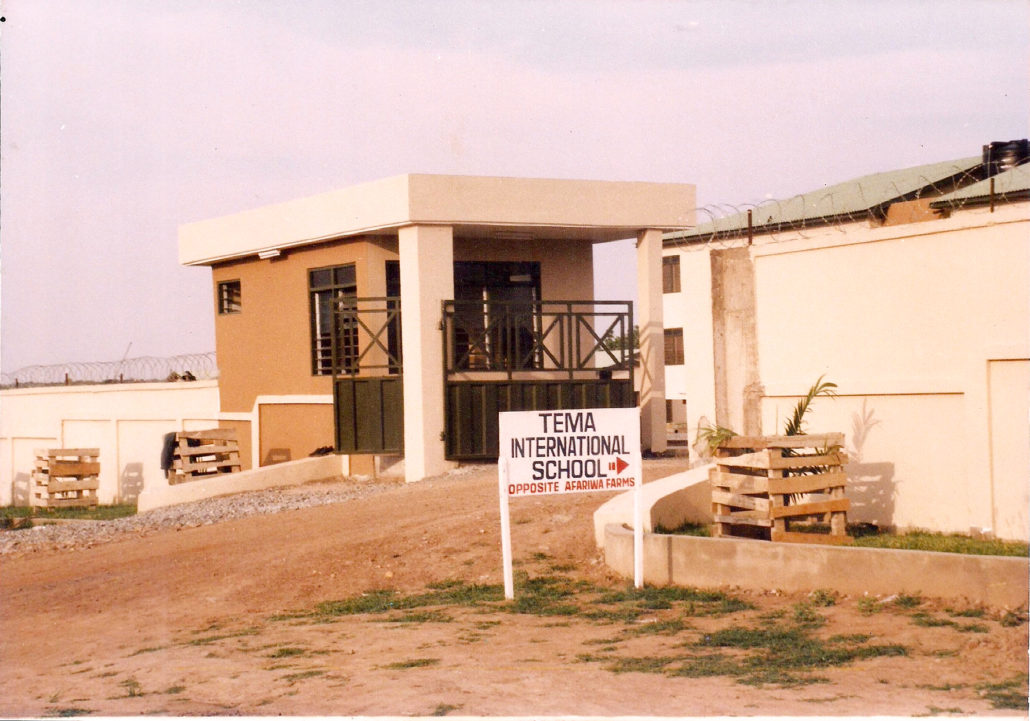 Characteristic of every dream, Mr. and Mrs. Adjavon had their fair share of challenges. One huge issue was the hurdle of land acquisition which took the founders four years to surmount.

Thereafter, there was the need for an architect and a foreman to get the project off the ground. Mr. Samuel Jassie-Sarkodie and Mr Kobla Kotoka Ahiadorme were brought in as the architect and foreman respectively. This “Dream Team” facilitated the building of the structures to receive the first cohort of students, ‘the Pioneers’.

Fifteen years on, there has been a massive improvement in the infrastructure of the school. Departments that were housed in classrooms have found permanent locations with some even expanding. The school has the following facilities:

Additionally, TIS can now boast of a:

In their honour, some edifices were named after parents, children and grandchild of Mr and Mrs Adjavon as follows:

Francis Hostel – named in honour of his daughter Frances and his father Franz,

Anthony Hostel– after their son,

Catherine Hostel: in honour of their daughter,

Cecilia Hostel: named after his mother and daughter

Sonia Infirmary in memory of their late granddaughter. 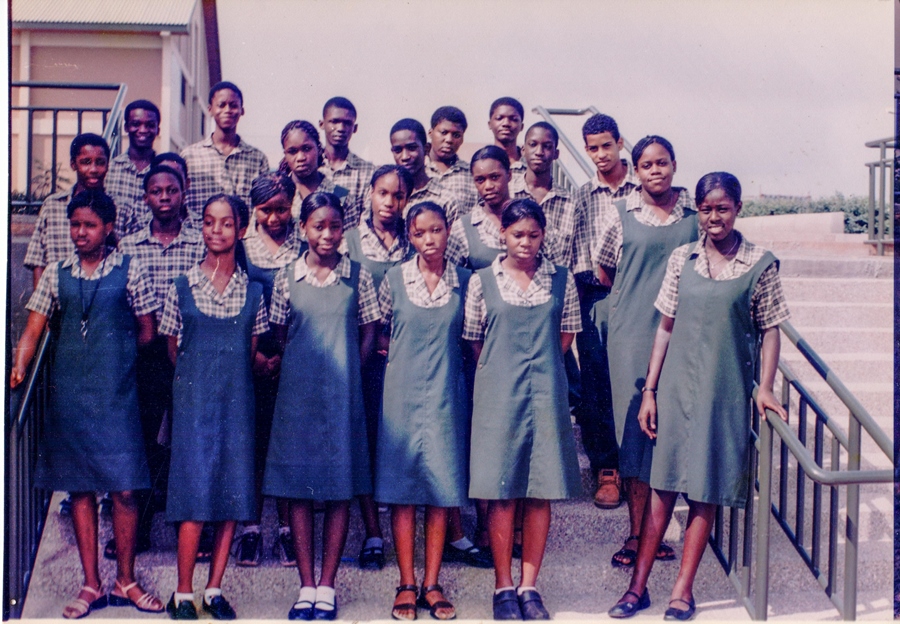 We cannot write the story of TIS without mentioning the auspicious women and men who were and continue to be committed to the transformation of minds. They have left indelible prints on the fabric of the school since its inception.

Roll of Headship since inception is as follows:

When the first Principal left TIS in July 2005 the Chairman of the Board of Governors Dr. (Mrs.) Sylvia superintended affairs of the school in the capacity of Executive Chairperson for almost 12 months.

For a smooth take off, the school needed to constitute a Board of Governors whose task would be to give policy direction on how the school should be run in order to achieve the vision of the Founders.

This Board was the first formal entity to be established (August 2003) with members given specific roles to play. The members were:

CURRENT BOARD OF GOVERNORS (2015-todate)

Our pacesetting academic team who paved the way for the commencement of studies were:

And our dedicated Administrative and Support Service team in the persons of:

With the support of the then Minister of Education, Hon. Mr. Yaw Osafo Marfo, the school was officially inaugurated on 18th June 2005 by his Deputy Mr Twumasi Ampofo

After meeting the International Baccalaureate Organisation’s (IB) and Cambridge International Examinations’ (CIE) stringent criteria, TIS obtained authorization to operate the IGCSE and IBDP  programmes in 2003 and 2005 respectively with Mr. Trevor Trumper as the first IBDP coordinator.

By dint of sheer precocity, TIS applied and received approval in 2010 and 2014 to conduct SAT and ACT tests respectively, making it the first official SAT and ACT Centres respectively in Tema.

On 15 December, 2014, a colossus of a Co-Founder, Mr Alphonse Ayite Adjavon, was called to eternal glory, having given back hugely to posterity and mankind. May his generous and gentle soul rest in peace.

Though this was a big loss to the TIS community and tested our collective resolve, as he would have had us done, we recomposed ourselves quickly and got back to work; continuing the mission and vision of TIS.

In 2016, TIS became a candidate school when it introduced the MYP curriculum to bridge the gap identified between IGCSE and IBDP. In 2018, TIS was authorized by IB to offer the Middle Years Programme.

In Grades 7-8, students experience all subjects, except music and drama. During Grade 8, students complete the Community Project.

In Grades 9-10, students must choose a minimum of six up to a maximum of eight subjects. Subject choices should reflect their aspirations for university. Students considering science or medical studies must choose all three science subjects (biology, chemistry and physics). To satisfy MYP requirements, students must complete a Personal Project and eAssessments in Grade 10.

Towards the end of 2017, TIS started construction work on a Primary School project. In September 2019, the new Primary School Campus opened its doors as a Candidate Primary Years Programme (PYP) School. The new campus is located in Community 22, one kilometre from the Main Campus. It features open-plan multi-model learning spaces that provide an authentic 21st-century learning environment and experiences that promote communication, collaboration, problem-solving, critical thinking, creativity and leadership. The school provides top of the range facilities, a vibrant, exciting and safe learning environment where learners will engage in language, social studies, mathematics, science and technology, arts and personal, social and physical education. Students are required to learn a second language during the program. 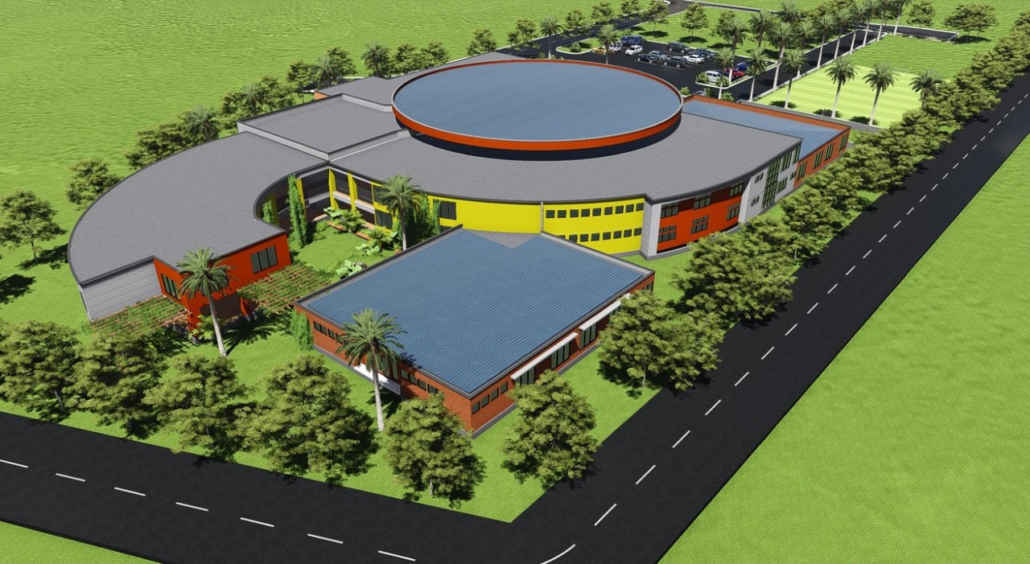 Powered by Convert Plus
X