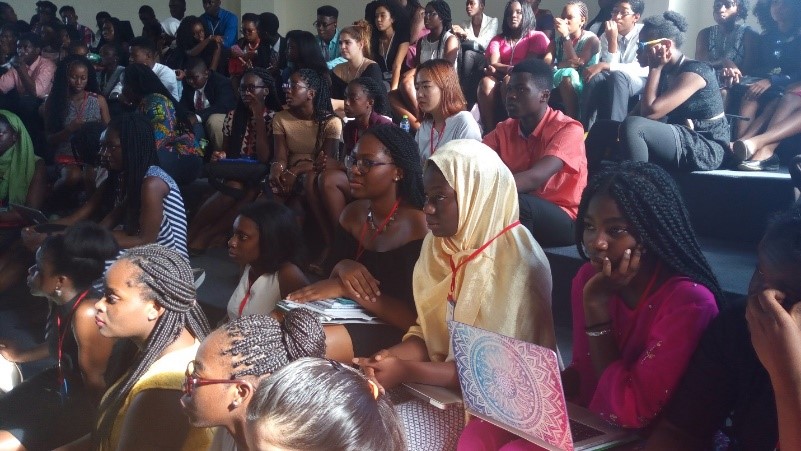 MUN is always a great experience and this year felt greater. The conferences were very productive and we all had a fun time bringing forth different ideas. My committee was the Security Council, and I can confidently say we had a successful debate. MUN has helped me a lot and brought me a long way in terms of my speaking skills and I hope to be part in the future——-Bernard Osei (Grade 10)

As this was my first MUN, it was very interesting. When I was typing my resolution, I was so confused. I then got help from my chair, Mifa Gadzekpo. This was a very hectic ride. The waking up early, the staying awake when someone’s resolution is so boring. However, you pick one or two things from this. Joseph Agyemang (Grade 8)

This year’s GISMUN was fantastic. I had fun, made new friends and most importantly learnt a lot. I have been to other MUN conferences before as a delegate but never before as a chair, I was a bit apprehensive at first and very nervous but after the first day I realized that there was nothing to fear. It was a great experience and I would like to encourage everybody to grab opportunities like this when they come around. They help to develop a wide range of skills that makes you a better person—John Abbeo (Grade 10)

MUN was extremely exciting, getting to debate with friends and people I know from other schools was very exciting. It was nice take a break from normal school work to do something else in a form of entertainment but also to learn from it since we were made to research about the problems countries are facing currently. MUN was extremely exciting and I hope to do it again next year. David Ahashie (Grade 9)

Though this was my very first MUN, the experience was worthwhile and it was a wonderful experience. It opened my eyes to things that interest me a lot. I came out of my comfort zone and my public speaking and debating skills have enhanced largely. GISMUN was a beautiful experience, I hope I am given more opportunities for more conferences to attend .  Valerie Vigbedor (Grade 10)

GIS MUN was a wonderful experience for me. I made lots of unbreakable bonds and friendships over the short three day period I spent at GIS. My committee (The General Assembly) was one of the most interesting committees I have ever had since the past four years of my MUN life. We had very interesting debates, we ate a lot of delicious food, and we “fired” a lot of unserious and serious delegates. In general MUN is an experience I personally do not want to miss. Stay tuned for the T.I.S MUN!!!  Cyril Quansah (Grade 10)

“The UN is a game,” concluded our opening ceremony. Flocks of students from different ethnicities just scattered. I followed my Chair to my committee that I would come to love: The Human Rights Council. Business truly started on the first day as we soon delved into the merging and lobbying process. It was where Germany saw her allies and made strong treaties and alliances with other delegates. I presented my resolution talking about food aid and the fair treatment of refugees. People provided solutions and counterarguments to help further strengthen my clauses and my resolution as a whole. Reciprocally, I did the same. It was no surprise when many allies considering their countries stance agreed to coincide with my resolution. Alongside the compliments of eloquent dressing, I felt like a dignitary in the UN already. We were called to release our opening speeches. Germany presented on how she wanted a paradigm of food aid and the administration of aid as well as changing the perception of refugees as a burden. The following day we debated on our resolutions. We were able to hear different ideas from various backgrounds and experiences. My first resolution passed. Unfortunately, my second resolution did not pass. As we came to the end of the closing ceremony, I bid my farewells. As I left the halls of Ghana International School, I reflected on the long lasting relationships I made and how I was able to instantly organize my ideas in an open debate. Chloe Assiedu (Grade 11)

I as a first-time delegate thoroughly enjoyed myself at the GISMUN 2016 as the delegate of the United Arab Emirates in the Economic and Social committee. I was welcomed by all delegates new and old- regardless of my school, age or level of experience-had a great time debating out issues my committee was presented with and was even encouraged by delegates from a variety of schools to come again next year. Overall GISMUN was a very pleasant, enjoyable experience and the only thing I regret is not trying MUN sooner. Awura Aba Kufuor. (Grade 9)

GISMUN 2016 was an extremely fantastic experience and I would do it all over again if I could. As the delegate for Argentina in the Security Council, the experience stimulated a lot of critical thinking and I learnt a whole lot from it. Many times, the thought that had it been the actual UN, the decisions we were drawing up would actually happen, and this pushed into thinking deeply about any votes or decisions I made. I encourage any interested persons especially anyone who aspires to work in the UN, to try MUN at least once in their life. Anna-Maria Poku (Grade 11)

I am no new face to Model United Nations (MUN), especially not in Tema International School. MUN is something that I enjoy doing because I believe it gives me the chance to improve my public speaking skills, as well as expanding my knowledge on current affairs around the world. This time around, I had the pleasure of being the Chair of the Environmental Committee. To say that my experience was enjoyable is an understatement. I have learnt so many new skills in doing this job and I believe these skills will further help in developing me into the world leader I will become in the near future. I will forever cherish the time I have spent at GIS these past few days and would love to partake in such a conference again at any time. Mifa Gadzekpo  (Grade 11)

As a first timer, MUN was awesome and fun. I thought it was going to be some boring conference where we would just debate and all those things. Instead, I made new friends, laughed more than I have laughed in my life, and I learnt things I didn’t think I would learn. John Quartey (Grade 9)

GISMUN was a really fun experience. I made friends that I will never forget, I learnt about different cultures and people, and I also learnt new vocabulary. GISMUN was a combination of joy, happiness, critical thinking and fun. It is for sure an experience I shall never forget. I urge all students to participate in MUN’s because it is fun and educational and it is so interesting. I don’t regret going for the GISMUN and I thank the school for giving me this opportunity. Ama Owusu Manu (Grade 9)

The GIS MUN 2016 was the most eye opening conference I have ever experienced. As a first timer, I was very frightened and perplexed about what the whole conference will be like and what exactly it entails. In the beginning of the conference I was shy and timid and felt like the conference will not be nice. Three hours into the conference, I began to gain a little confidence due to the fact that the conference became more interactive and funnier. In particular, I was punished to sing a song to another delegate which was quite funny and made the other delegates very excited. To me as a member of the environmental committee, I will strongly say this experience was such a wonderful one and I hope to encounter such conferences in the years to come. Maame Abena Mensah-Asante (Grade 9)

“Point of information”, “parliamentary inquiry”, and “right to reply” sounded across the room as discussions were being held. From a delegate’s resolution being voted for by the whole delegation to punishments of the latecomers or offenders to the attainment of awards, the GISMUN experience will definitely be an experience that I will never regret. We engaged in fruitful debates, discussing a number of issues concerning different countries and nations. This conference aided me in the development of my public speaking skills and posture during formal occasions.

Basically, the conference is about reaching a consensus on the solutions needed to solve a certain problem without violating your country’s policies. Each delegate represents a country and must therefore, represent the country’s views which cannot be altered due to personal opinions. The whole delegation puts all of its knowledge about its country together to construct a resolution that will solve the problem addressed. The most interesting and amusing parts of the debates are exposing the flaws of a resolution/amendments and exposing a delegate’s mistake which he/she made about his/her country. This is probably why I won “The Most Likely Country To Go To Jail”. Another enjoyable experience is the people that you’ll meet during the conference, especially those in your committee. Through bonding with them, they can aid you with your resolution/amendments or even come to your aid when a delegate of a country decides to attack you. Which is also another reason as to why I won “Best Couple” with another delegate.

I encourage all those who are interested in debating and solving problems or developing their public speaking skills to take part in 2017’s HMUN and 2017’s TISMUN. MUN is unquestionably an experience which cannot be neglected. Michael Quaye (Grade 10) 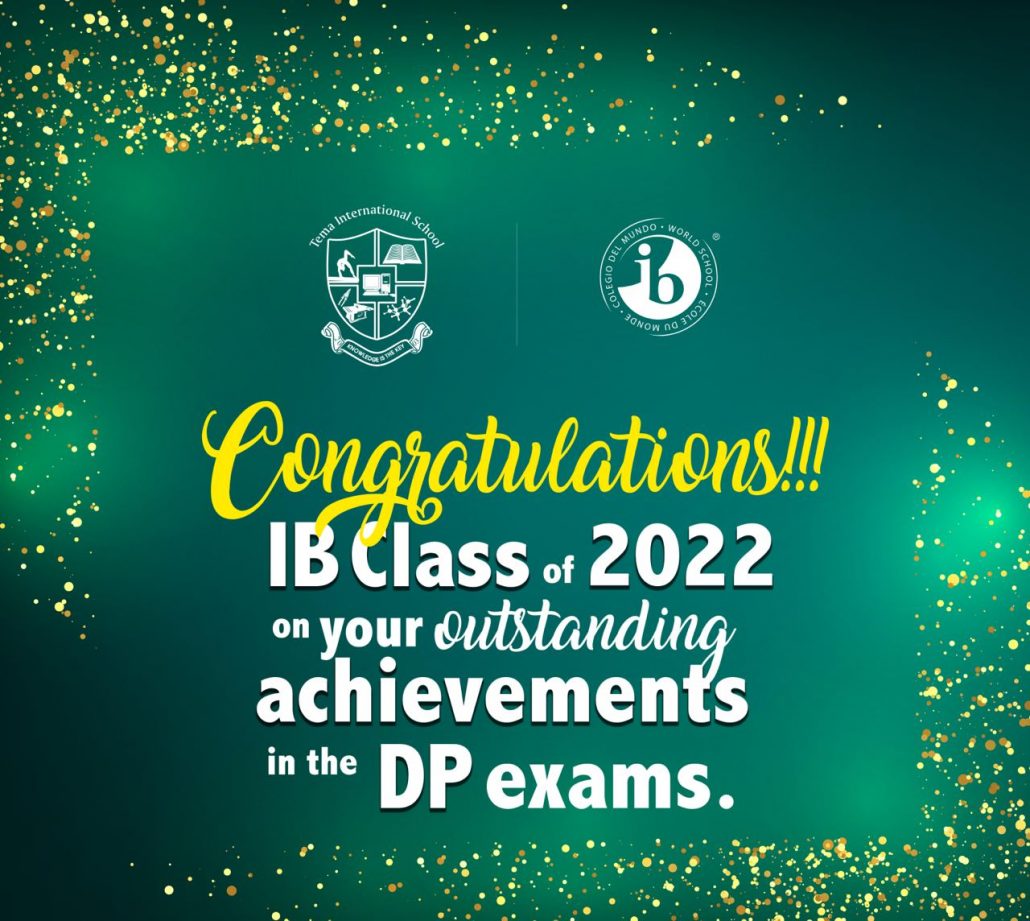