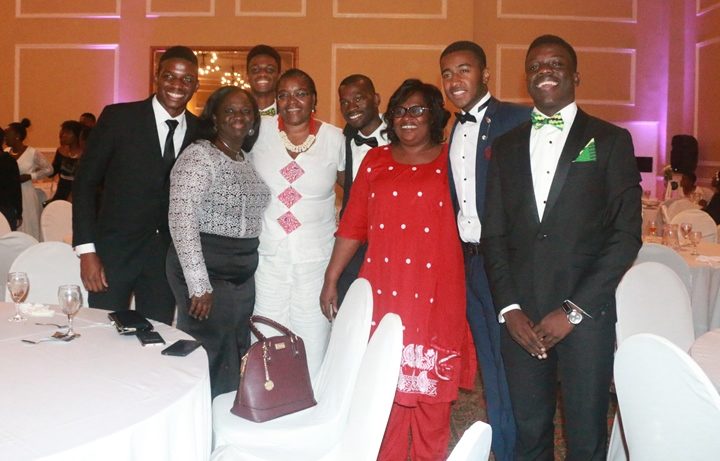 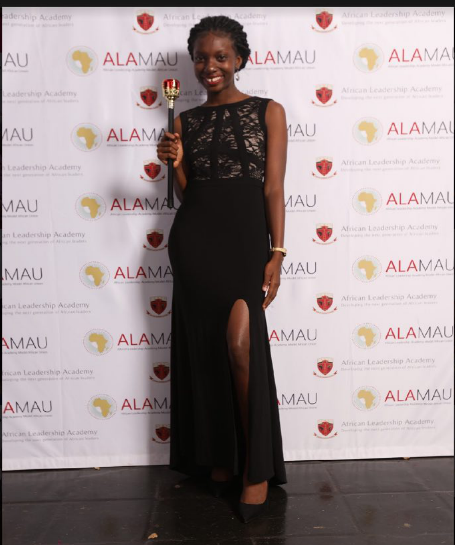 ALAMAU was like stepping onto a pedestal made in Africa. One whose iron handles and steel bars were lubricated with efficiency and diversity. This is what we aimed to harbor at the African Leadership Academy’s Model African Union. Encouraging domestic production and gradually cutting our fundamentalism on foreign dependence. Our committees were based on the African Union and this included essential committees like New Partnership for Africa’s Development, Peace and Security Council and the Higher Level for Futuristic Education to collaborate on the issues passed along their different platforms. With ALAMAU’s intense planning of 14 months, we witnessed the prestigious organizations of the program. Right from the opening ceremony to the diplomatic roundtable and presentation of awards. A significant aspect of ALAMAU for me was that unlike Model United Nations, the Model African Union took a further step to collude resolutions and make up an action plan for each committee. This action plan if it reached the tier of success would be implemented by the countries in the various committees. To collaborate with my fellow delegates, I had to gain an insight and expand my spectrum on culture of the talented individuals. Learning so much about their cultures provided me with arguments to back my debate as well as consider the implications of our resolution on their countries. Overall, the food was full of splendor although we consumed too much meat. This ranged from buffalo, wildebeest and springbok as our waistlines expanded. ALAMAU constantly resonated in us where Africa’s leadership should begin–right from ourselves. 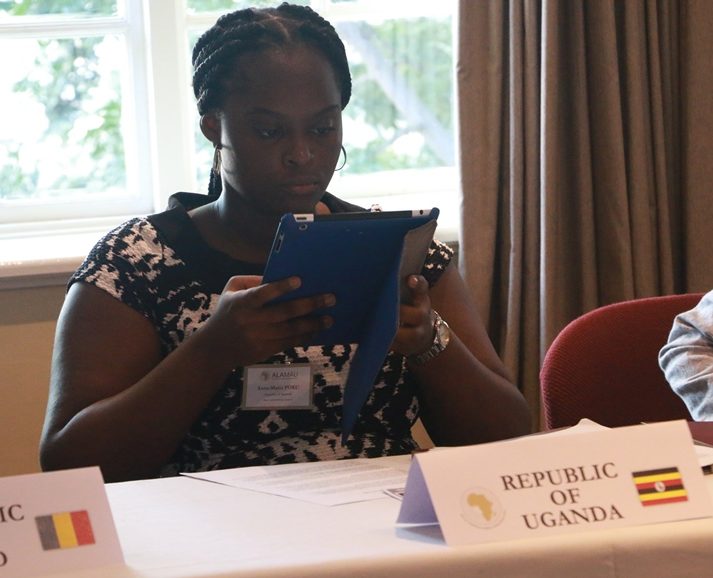 in itself was like drinking a refreshing beverage for the first time. For the first time in my life, I was faced with people who possessed mind blowing intellect, people who were interested in fighting for the same cause as me – the betterment of Africa. It was a very worthwhile endeavour, one that will remain part of me forever. As a member of the Peace and Security Council, I was confronted with real world issues, African issues. There were things I thought I would never hear about that I heard about, horrid, appalling truths about our continent and the state it is in which only pushed me and motivated me to actually come up with a probable solution which I strongly believe my committee did. Hosted by the African Leadership Academy, the conference was a phenomenal success and I was awed by the interactions I had with the next generation of African leaders from all parts of the African continent. Making friends and forming relationships with these people has me convinced that with the same and maybe more dedication and hard work towards my generation of Africans, the only direction that Africa can move is forward. 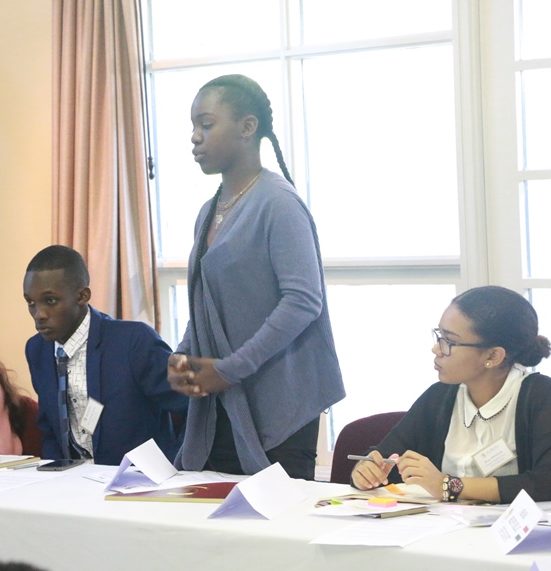 As we grow up, we realize that there were many things we forced our parents’ hands (in many ways ) to buy despite how unnecessary they might have been. My participation in the ALAMAU conference on the other hand has been the polar opposite of such a situation as it was not only necessary, but highly edifying. ALAMAU was completely different from any other conference I’ve been to, or will probably ever attend for many reasons, but especially because of my interaction with the many people from all over Africa. In the conference’s selection of about 200 participants, present were over 100 different languages, a large array of skin colours, and numerous types and classes of hair.

Nevertheless, one thing we had in common was our desire to better our continent and this yearn is what motivated us to work hard on our resolutions and action plans over the 5 conference days. The host school – African Leadership Academy – upheld its good name by planning various events that kept us entertained and informed on various topics. I must say, cultural night was my favorite night. When we all stood in the parking lot waiting to go into the ALA campus for an Afrocentric drama production, I looked around and saw Kenyans, South Africans, Ethiopians,

Tunisians, Malawians and so many other cultures. I saw Africa, and it was beautiful. I previously had a spark to better Africa in one way or another.  But after just one week in the conference, I have developed an unquenchable fire to light up “the dark continent” – Africa. Representing the republic of Ivory Coast in the African Development Bank, the palpable tension in the debates, and the impatience to raise points of information sometimes led to the chair reprimanding delegates for acting without decorum, and at other times some suggestions of wars being kindled.

Nevertheless, after committee sessions we got to the dancing, the singing, the “Nigerian and Ghanaian jollof” arguments, the pronunciation of unfamiliar names, the sharing of experiences and the talking about our individual countries. My experience over these five days will surely be one of my most indelible experiences, along with all the friendships and bonds I have formed and will surely continue to strengthen. 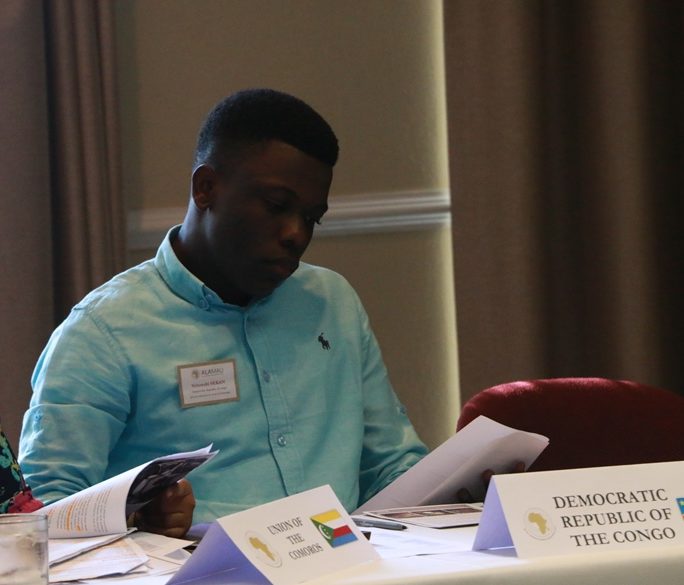 The ALAMAU experience was overall an eye opening one for me. Engaging in diplomatic conversations with people from all coordinates of Africa was truly amazing. I was a member of the African Commission for Science and Technology and our objective was to brainstorm and realise possible ways African countries can merge Science and Technology with Entrepreneurship in the space of 4 conference days and we did just that.

ALAMAU wasn’t limited to the conference alone. The ALA had planned other exciting activities like the ALA Cultural Night, the Explore Joburg trip and finally, a grand Gala Dinner. Collectively, these activities gave the entire trip an even more memorable touch.

Determined to make a positive mark wherever I go, I worked hard to win an award in my committee. The Honorable Mention Award which I won is given to the second best delegate who demonstrates overall finesse and proficiency regarding matters of the committee and  works hard to advance the committee’s aim and goal. Again, I won the Best Dressed Male Delegate at the first ever ALAMAU Gala Dinner which crowned the entire experience for me.

The African Leadership Academy is truly setting insurmountable standards with the ALAMAU and I highly commend them. I really look forward to seeing Tema International School host such events of high standard and regard in the near future. 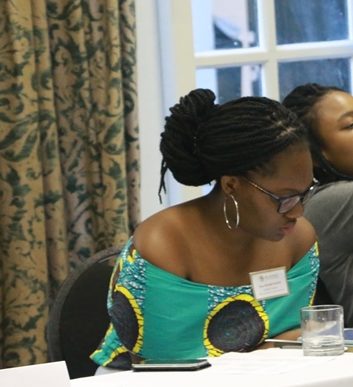 I love my country and equally my continent. Nevertheless, a myriad of problems fleet at our feet: Ineffective education systems, lack of government transparency and corruption, lack of adequate energy generation systems, Incapacitated healthcare structures, and essentially, underdevelopment.

This was my inspiration to take part in the fourth edition of the ALAMAU conference. Representing the republic of Malawi in the high level committee for futuristic education, my naiveness was shattered by exposure to the depth of underdevelopment of Africa.

Making a resolution, I got to work together with other delegates from all over Africa who had similar ideas and visions and just as much love and passion for Africa.

Undoubtedly, my best moment throughout the conference was when my resolution was passed. With tensions high and breaths held, I listened intently, a new atmosphere overcoming the formerly cool conference room, as each delegate either agreed with or against my resolution.

That final pronouncement by our moderator, “The resolution by block A2 has clearly passed”, was one coupled with a rush of saccharine excitement. “My continent is one step closer to being fixed.” This was my ultimate thought with each clause I heard, each point of information said, and definitely with the passing of my resolution.

Leaving the conference, I am imbued with a touch of Northen, Eastern, Western, and Southern Africa. Not only did this experience engender relations with so many diverse people and cultures, but for me it also proved that not only can the problems of Africa be solved by Africans themselves, but there are so many Africans ready to be the puzzle solvers of this labyrinth called Africa.

I always thought we would have to rely on foreign investment to make our continent great. I strongly believed that without foreign aid, our continent would never be able to stand alone. I thought African problems had no solutions and therefore I deemed our continent unable to develop. Within a week, all this had changed. I debated tirelessly with great African minds as we tried to find solutions to problems that our countries faced.

During our committee session, we experienced a crisis. We were threatened by some South Africans to come up with a resolution within 20 minutes otherwise, we were going to suffer. We brainstormed like never before. We sat as representatives of our various countries trying to come up with a good resolution to put an end to the crisis and in no time, we had a resolution.

African Leadership Academy Model African Union was a great experience and I was able to learn a lot about many countries and Africa as a whole. I made