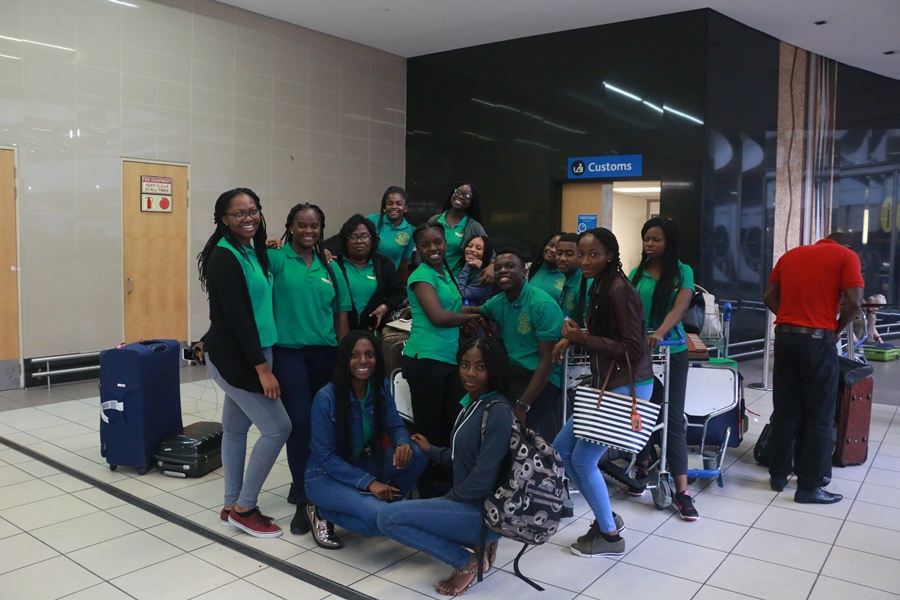 Twenty-eight (28) schools participated from countries all over Africa, including Botswana, Cote d’Ivoire, Ghana, Kenya, Malawi, Nigeria, South Africa, Swaziland, Tanzania, Uganda, Zambia and Zimbabwe. There were ten committees in all, comprising the African Development Bank, the African Commission on Science and Technology, the Executive Council, the High Level Committee on Futuristic Education, the New Partnership for Africa’s Development, the Pan-African Parliament, the Peace and Security Council and the United Nations Economic Commission on Africa and the Press Corps. Topics discussed included interesting ones such as Creating a Blueprint for Sustainable Power Generation in Africa and Boosting Intra-Africa Trade through Industrialization.

Friday 17 March, brought what was called a Diplomatic Reception and Roundtable which was an opportunity for Africa’s brilliant young minds to interact with foreign ministers from Morocco and the Central African Republic and ask them questions about the governance of Africa. It was a wonderful sight to behold. Later that day, they were treated to a cultural night at the African Leadership Academy’s campus where everyone was supposed to dress in their African best and display their culture.

The next day, after committee sessions they were treated to an Explore Johannesburg activity where they were given the opportunity to visit sites in Johannesburg. The four options were the Cradle of Humankind and Sterkfontein Caves, the Neighbourgoods Market, the Sandton City Mall and Nelson Mandela Square and the Soweto – Vilakazi Street as well as the Apartheid Museum. They chose to visit the Cradle of Humankind and Sterkfontein Caves which turned out to be an exciting adventure for them.

All in all, there were five committee sessions and five Faculty Advisor Learning sessions. Our delegates in summary, were on top of their game, with TIS being the school with the highest number of awards coming away with five awards out of the 25 awarded. They are;

Yehowahi Sekan also did us proud by being awarded best dressed delegate at the ALAMAU 2017 Conference Gala Dinner.

Many interesting places were also visited such as the Gold Reef City which is an amusement park, the Mall of Africa, Four Ways Mall, the Monte Casino and the Apartheid Museum. The ALAMAU 2017 conference was an absolute success.