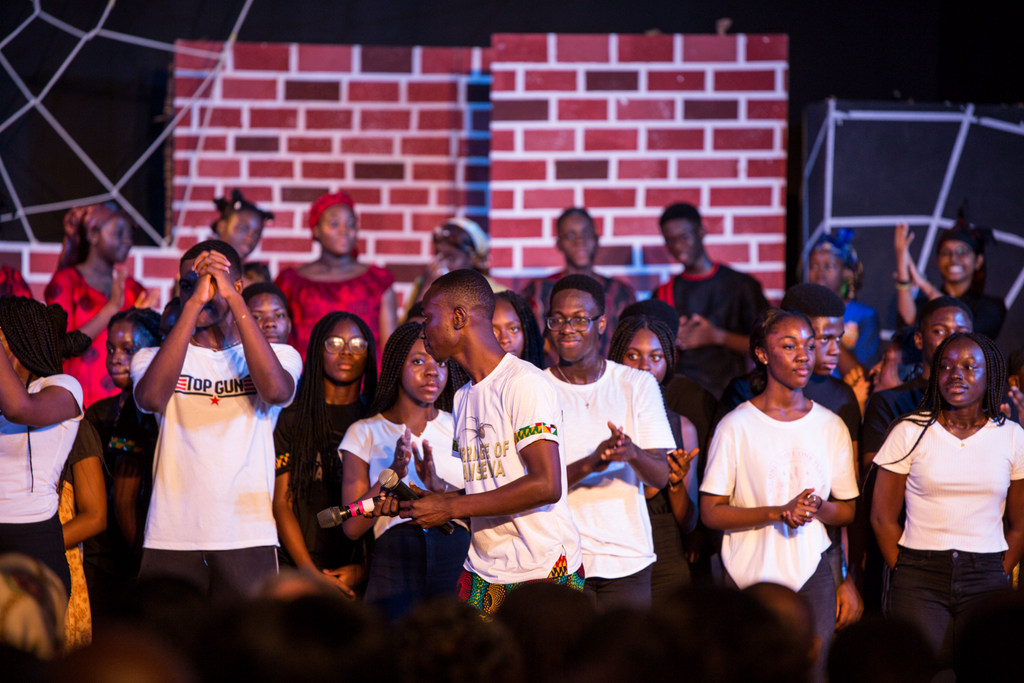 Brilliant in its simplicity, entertaining, and a showcase of known and new talent. Ebenezer finally gets the credit he has earnt over the past few years by ensuring a calm and smooth performance that was appreciated thoroughly by the audience on each night.

Every year there are surprises by performers that you may never foresee being on the stage and amazing you. Joseph is a talented all-round student so the way he stole the (Saturday) show did not surprise me. Awurabena in a major role surprised me, yet she thrived in her performance. Nadia was classy, as was Hedia. But the two big surprises for me were the major role by
Rudolph and the minor role by Bennett. Both excelled and Rudolph enjoyed being on stage as the show progressed.

The set was simple, yet effective. The crew were very efficient throughout and you could see almost everyone in the cast and crew enjoying themselves which is a credit to Ebenezer. I was especially pleased with the number of students who challenged themselves by their involvement in this year’s production. Well done!

Special mention must be made of our understudy actors: Khadijatou, Cyril and Nestalia who thrilled the audience with their powerful performances.

Congratulations to Ebenezer, his team, the cast and crew, and to anyone and everyone involved in our 2019 annual production. It was a masterful and entertaining performance that reflected all those long hours that go into any major performance. Kudos to you all for allowing us to witness an outstanding cultural performance that displayed our standards in performance. The only question that remains now is: What’s next?