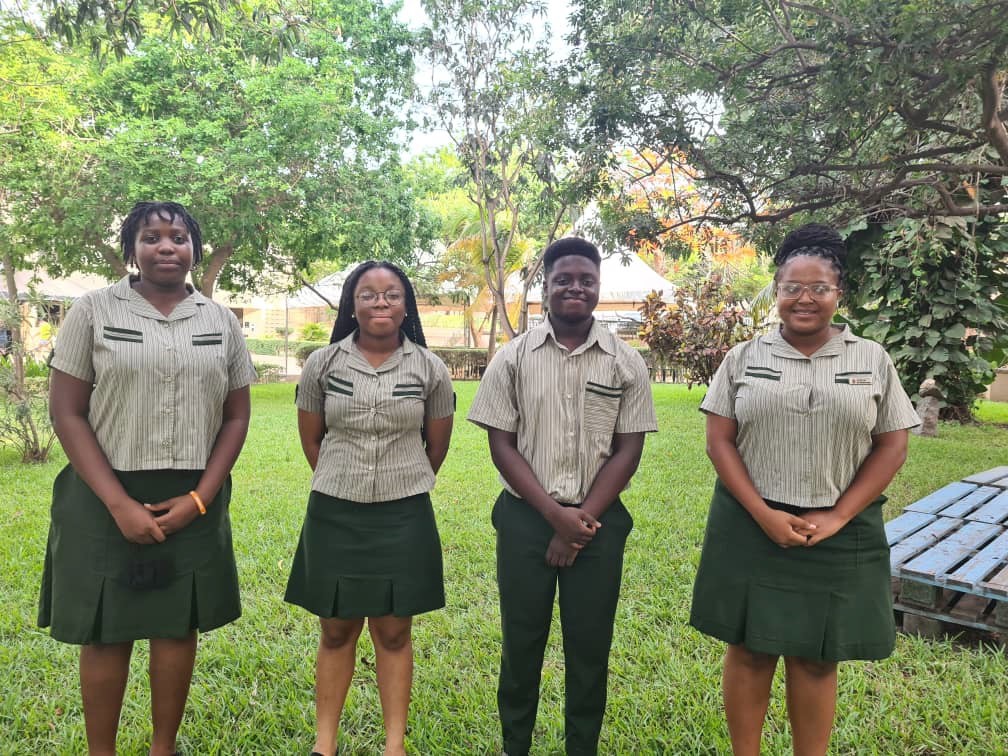 At Tema International School (TIS), celebrating our students’ success stories is our greatest pride! We congratulate our team comprising Chelpang, Awurabena, Nana Yaw, and J’dyl (DP1s) for their fabulous performance at the recently held mooting competition by University of Dundee. Competing against 12 schools in 5 African countries is no mean feat. Keep up the great work! For the next competition, TIS will definitely emerge winners!

HERE IS AN EXCERPT FROM THE PRESS RELEASE BY UNIVERSITY OF DUNDEE:

The debating skills of Africa’s future legal experts have been recognised as outstanding in a competition hosted by a leading UK university.

Pupils from schools in Ghana, Kenya, Nigeria, Uganda and Zimbabwe participated in the University of Dundee’s African Schools Mooting Competition 2021.

The competition saw 13 teams, each made up of four young people, make a case against an opposing counsel and before two judges.

They were asked to make submissions in a fictitious civil law appeal before the United Kingdom Supreme Court, with the team from Brookhouse School, Nairobi, Kenya, declared winners after performances of the highest standard. The team from Tema International School (TIS) in Ghana were named runners up, with Chisipite Senior School in Zimbabwe finishing in third place.

Professor Peter McEleavy, Barrister, Professor of Law and Academic Lead for Sub-Saharan Africa at the University, said, “This is the fifth Mock Trial Competition Dundee Law School has run in Africa. Whilst the global pandemic meant that we were not able to conduct the competition face-to-face, the move online opened the door to making it a pan-African event. It was wonderful to bring schools and young people together from across the continent.

“The standard this year was the highest we have encountered. The senior high school pupils got to grips with complex legal concepts and produced compelling submissions. I have no doubt that many will go on to be legal stars of the future.”

Reflections on first ever DP eASSESSMENTS
May 29, 2020
Current Month