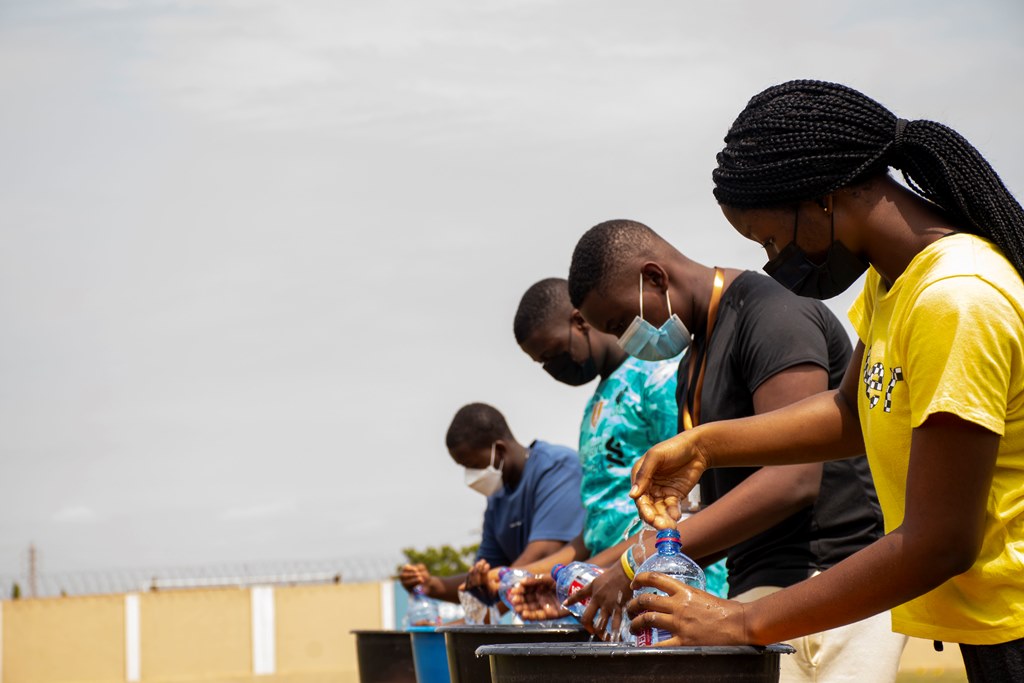 As the newbies first set foot in TIS for this new academic year, it was our duty as council executives to make them feel at home and comfortable in their new environment. To do so many means were used ranging from Ice breaker activities to a school tour. As sports prefects it was important for us to incorporate a sporting activity in the newbies orientation, in order for them to have a first taste of TIS’ sports culture and team spirit.

The activities included a lime and spoon race, a ‘fill the bottle’ challenge, tug of war, basket toss and an obstacle race.

The lime and spoon race was the first event where participants in teams of 4 had to balance a lime on a spoon and pass it to the participants on the other side of their lane. The number one rule in this event was to not touch the lime. Although Red started in the lead, Green and Blue managed to pull ahead where Blue came first and Green came second.

Next the newbies participated in a fill the bottle challenge where the objective of the activity was to fill a plastic bottle with their hands, run to the end of their lanes, pour the water in a larger bucket then run back and pass the bottle to their teammate to complete the same steps. Although Red came close, Yellow won the challenge with 5 points.

The third event was a 4 rope Tug of war. In this event, the aim was to pull as hard as possible to get the center ring out of the marked square, and towards their team’s side. To give each team a fair chance at winning, there were four rounds held in which yellow won two while Red and Blue won one each. Each team can agree that this particular event took a considerable amount of spirit and grit to win.

Basket toss was the next event where participants in groups of four were given four balls to toss into a basket. Any balls that were missed would be picked up by the next person on the team to try their hands on aiming the balls in the basket. In the first round, Yellow and Red had the most balls in their basket and were automatically qualified for the final round. Although it was a close call, Yellow won by one point! 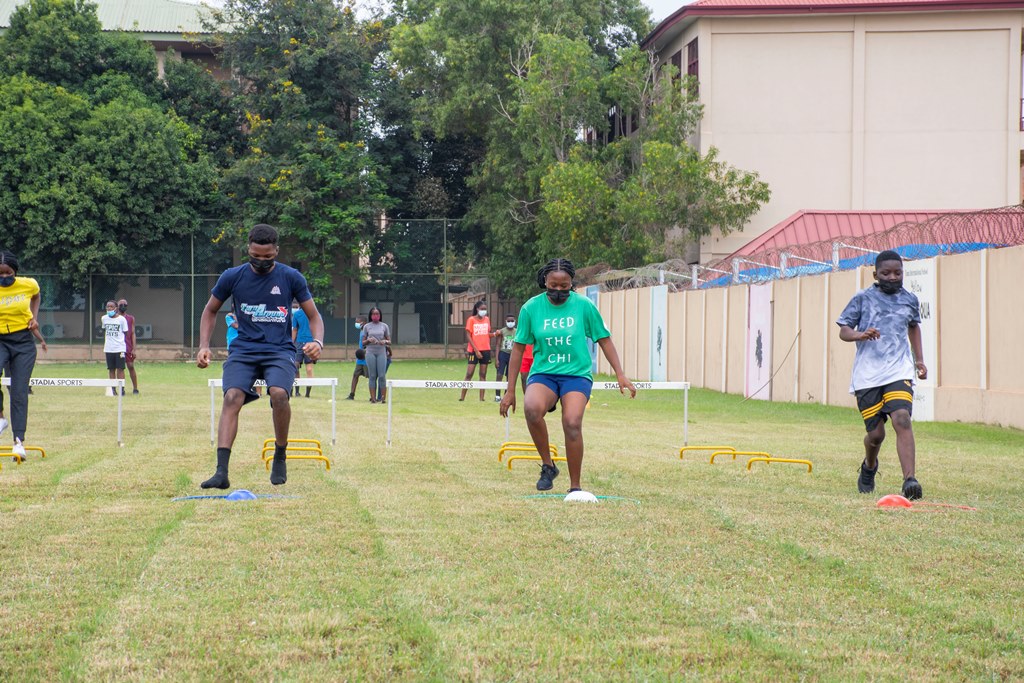 The obstacle course was the final and ultimate challenge. First, participants had to sprint a 20m dash, then crawl through a hurdle, and next, hop over smaller hurdles. The next step was then a sack race which proved to be extremely tiring as a number of participants fell on the ground before reaching the finish line. Once all 5 team members finished the sack race, they had to get onto a team walker and cross the final finish line. This final obstacle was arguably the most taxing due to the amount of teamwork and collaboration each team had to employ. With a turn of events, Blue passed both Green and Red and finally won the obstacle race.

Overall, this was an exciting event and we are positive that the newbies are eager and prepared for future sporting events.